Information Battle of the beards

Staff member
Kurultai
Horsemen
We know you’ve all been waiting with bated breath to find out all the details of the last Backer Mission Reward - The BattleTech Beard-Off - and the wait is now over! 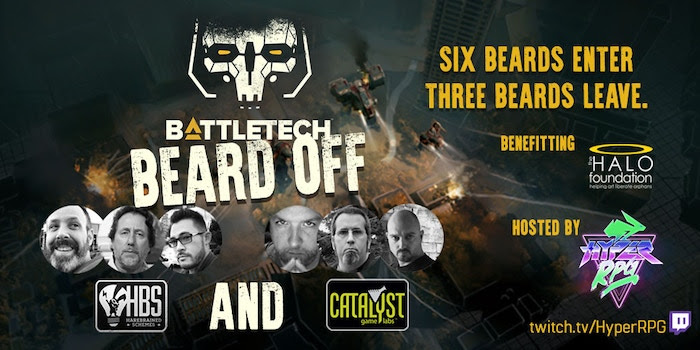 For those of you who might not remember, during our Kickstarter, we promised that Jordan, Mike and Mitch would play a knock-down-drag-out game of tabletop BattleTech on Twitch with Randall Bills, Loren Coleman and Brent Evans from Catalyst Game Labs - with beards on the line!

We are happy to announce that The Beard-Off will happen on Friday, February 26 at 2PM PST as a part of the Charity Launch event for the new Twitch channel, Hyper Power Rabbit Go! or as we affectionately call it, Hyper RPG.

We’ll be raising funds for The HALO Foundation - a fantastic organization that serves more than 1,000 youth each year and helps them become contributing members of their communities. Donations go to programs that provide the basics - food, water, shelter and clothing - as well as education, art therapy, and vocational training for college for youth. You’ll be able to donate to the HALO Foundation while we’re live on the air during the Charity Stream by using the “Donate” button on our Twitch channel. We’re really proud to be partnering with such a great organization. 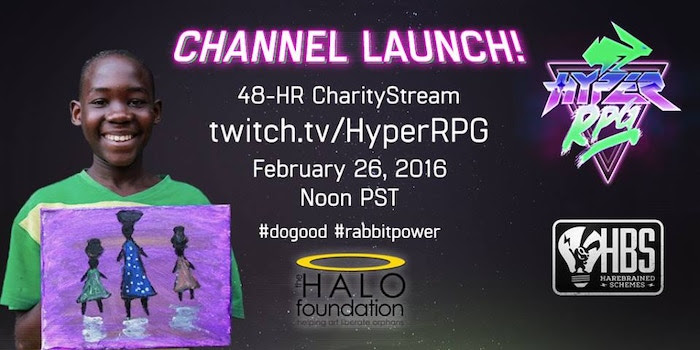 Six Beards Enter. Three Beards Leave. (Maybe less.)
Jordan, Mike, and Mitch and Randall, Brent, and Loren from Catalyst Game Labs will compete in a 3-on-3 deathmatch, with each person controlling a single BattleMech and the losing team’s beards will be shaved off live on Twitch. The loss of a beard isn’t a minor event. Several are very old and beloved and some are older than the owner’s children. Some, like Mitch’s, come with Jedi-like powers. 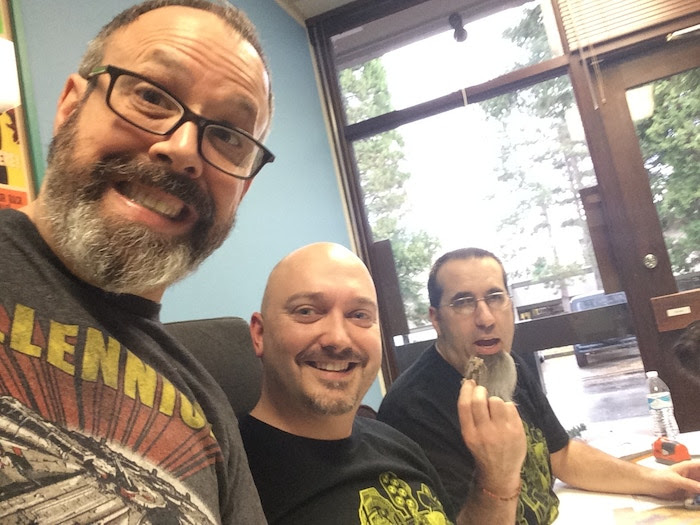 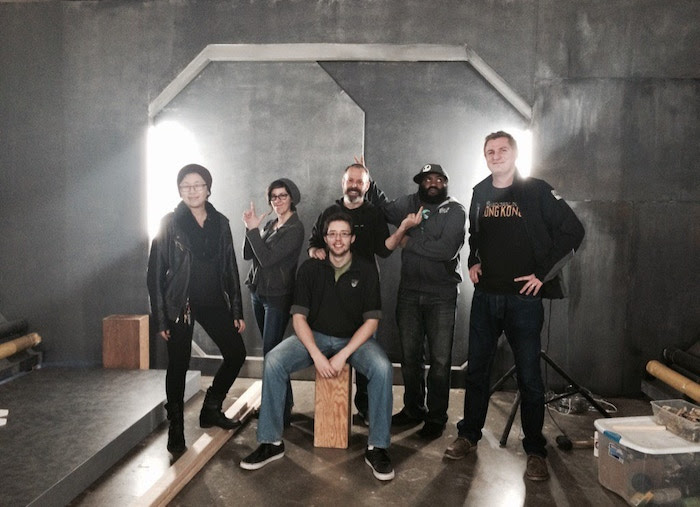 Introducing the cast of Death From Above
In DEATH FROM ABOVE, a lance of MechWarriors find themselves on the wrong side of the wrath of the Great Houses, and are forced to flee into the Periphery to sell their services as mercenaries. Manipulated by shadowy forces and never knowing who to trust, these mercenaries fight not only for survival, but to ensure their own freedom.

On Tuesdays, the mercenaries will arm and repair their walking tanks, discuss their upcoming missions, and plan their next steps toward success on the tabletop battlefield - be that tactics, or simply trying to decide what kind of repairs and equipment are the most efficient use of their limited funds. This roleplay-heavy session should last approximately an hour.

On Fridays, it's time for war - where the mercenaries face uneven odds, and a rotating group of special guests to play the antagonists on the field. The tabletop battlefield will feature our custom 3D printed ’Mechs, and the fear of permadeath - any MechWarrior who dies in the game will no longer be part of the mercenary team. Audience members will affect the game Hunger Games-style by sending in repair crews and/or weapon attachments.

Tune in Tuesday, March 1 and Friday, March 3 at 6pm for the inaugural livestreams! They'll be archived on Twitch and available at a later date on Youtube.

BATTLETECH Q&A Returns!
We know you all enjoyed the BATTLETECH Q&A's during the Kickstarter - and we did, too - so we're pleased to continue this tradition with a monthly session beginning Wednesday, March 9 at 2pm PST on Hyper RPG.

For this first Q&A about ongoing development, our topic is what to expect in BATTLETECH’s combat and field experience and we want your questions! Using this BATTLETECH forum post, let us know what’s on your mind and what you’d like us to share. We can’t promise that we’ll be able to answer all your questions but we’ll do our best. You’ll also be able to participate in the chat room during the livestream and ask questions there.

We’ll be doing these Q&A sessions on the 2nd Wednesday of every month with new topics so be sure to watch for new forum posts the week before each Q&A asking for your questions.

Hope you’ll join us for all these events!
---HBS